Ruby Dee is a Rutland based Vintage solo singer who specialises in singing songs from the 1900’s and up. Whether it be big band hits or jazzy classics, she loves entertaining people and will bring a bit of old school glitz and glam to your event. Ruby is the voice of several bands, you can find her singing with The Rutland Big Band, at weddings and events with a Soul & Funk twist with The Top Banana Band, and also with Midnight City Band, a new female fronted band who play Disco & Soul.

Roo needed some new images for her social media so we got together and one sunny day in Greetham I took these images along with a bit of singing of course. We even managed to find a lovely vintage car to pose with!

I love how the photos turned out, I did add a bit of an old film look on some of the final edits and I don’t always do this, but I think the style works with what Roo wanted so I’m happy. I wanted her to feel pampered and comfortable in front of the camera and enjoy the shoot, which is one of the main things for me, once my client is feeling happy the images flow and it makes all the difference to the final photo. 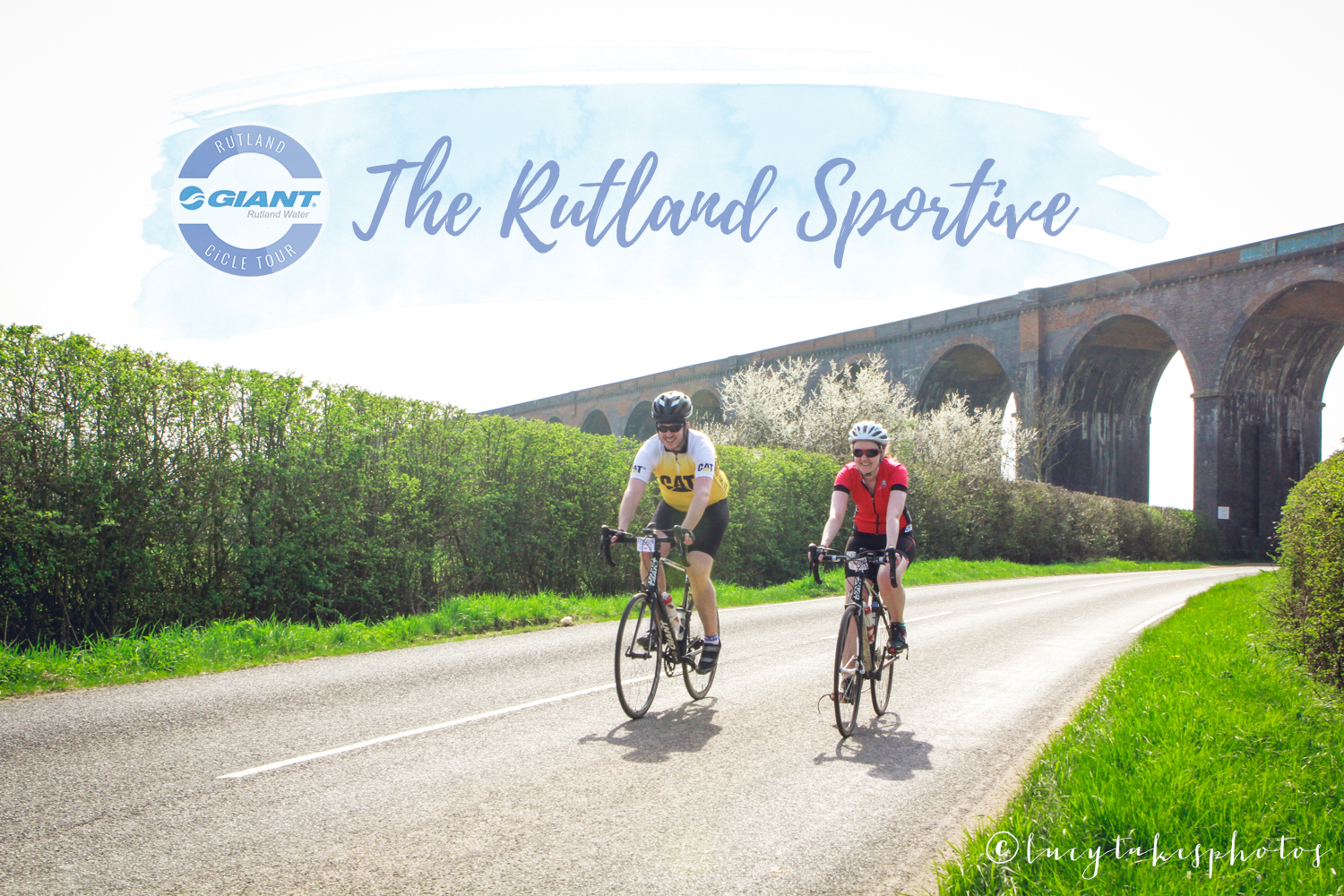 As you probably know, I’m not a pro sports photographer, that’s fine; it’s not my ‘thing’ but it’s something that interests me when I see some of the amazing sports photography out there, a friend of mine James Mitchell does really great triathlon photography, you can scroll through Instagram and see some lovely travel and outdoor work but I do not have the correct equipment or the time & dedication that some photographers might have for their speciality. But I love photography and will try anything!

Saying that, a couple of weekends ago I had the chance to go out into the beautiful Rutland countryside on another hot day and take some cycling photos at one of my favourite spots, the Harringworth Viaduct.

The Rutland CiCLE Tour by ITP Events had three routes, 62miles, 78 & 105! Ouch! Based from The Giant store at Rutland Water, the routes are carefully planned to take in many of the picturesque hills and little villages in the area. The first person over the finish line on the short route did it in 3hrs 42mins, sore bums all round! 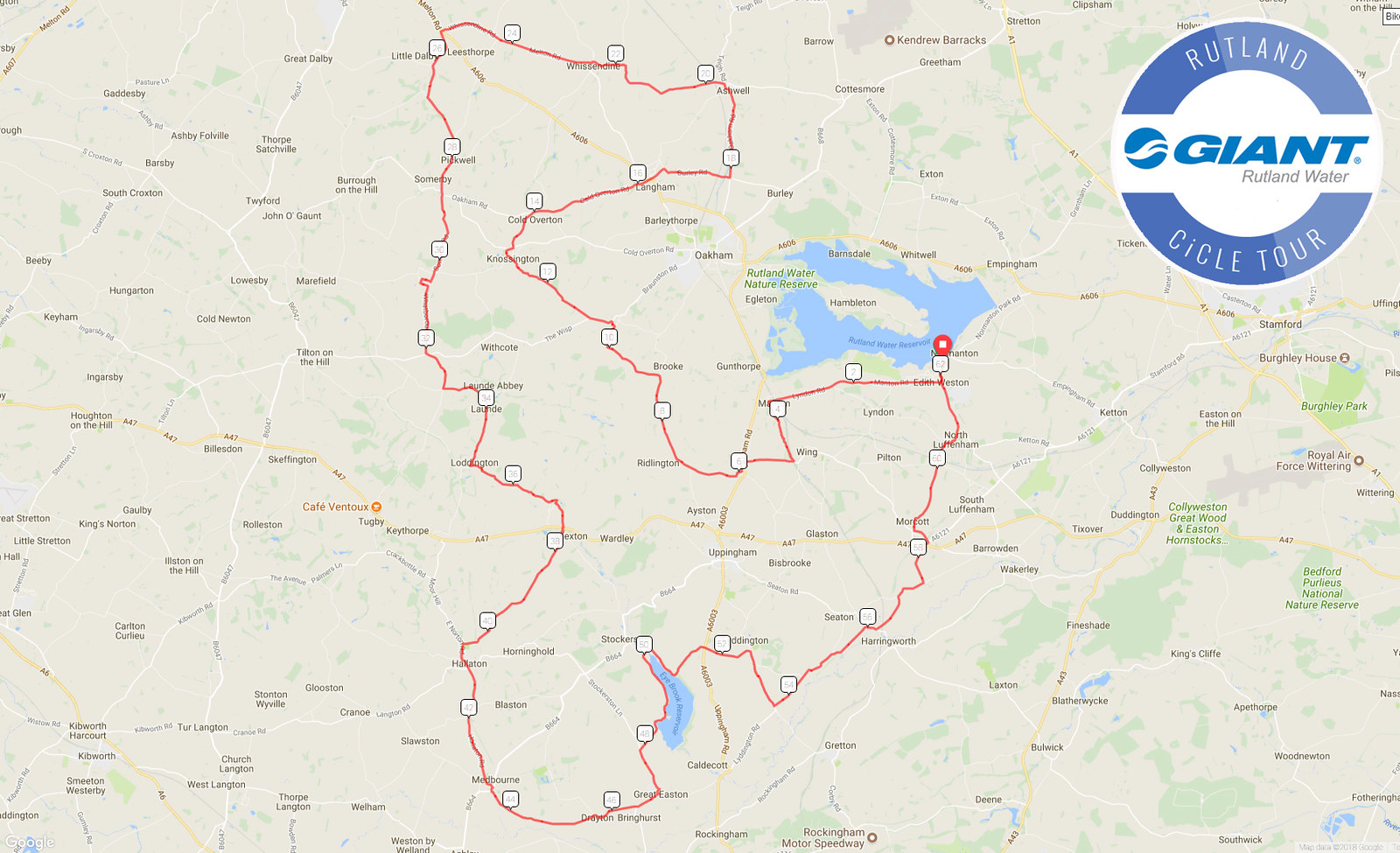 I was tracking the short route because my partner was cycling with his friend, they are in training for the Prudential RideLondon 100 which is happening on the 29th July, and also raising funds for The MS Society (get in touch if you’d like to donate and I will send on the JustGiving page).

It was so relaxing to drive around the pretty villages in the sunshine and see where I ended up. I got a bit sunburnt looking for the perfect photo spot so next time (and there will be more cycling photo opportunities soon)  I will definitely be more careful!! I really enjoyed the challenge, I admire the hard work the cyclists put in and learnt a few camera/sunshine/speed/composition lessons along the way!!

I’m quite happy with the photos I took, I got a few smiles from the cyclists and it was definitely a learning curve! Have a look and let me know what you think! 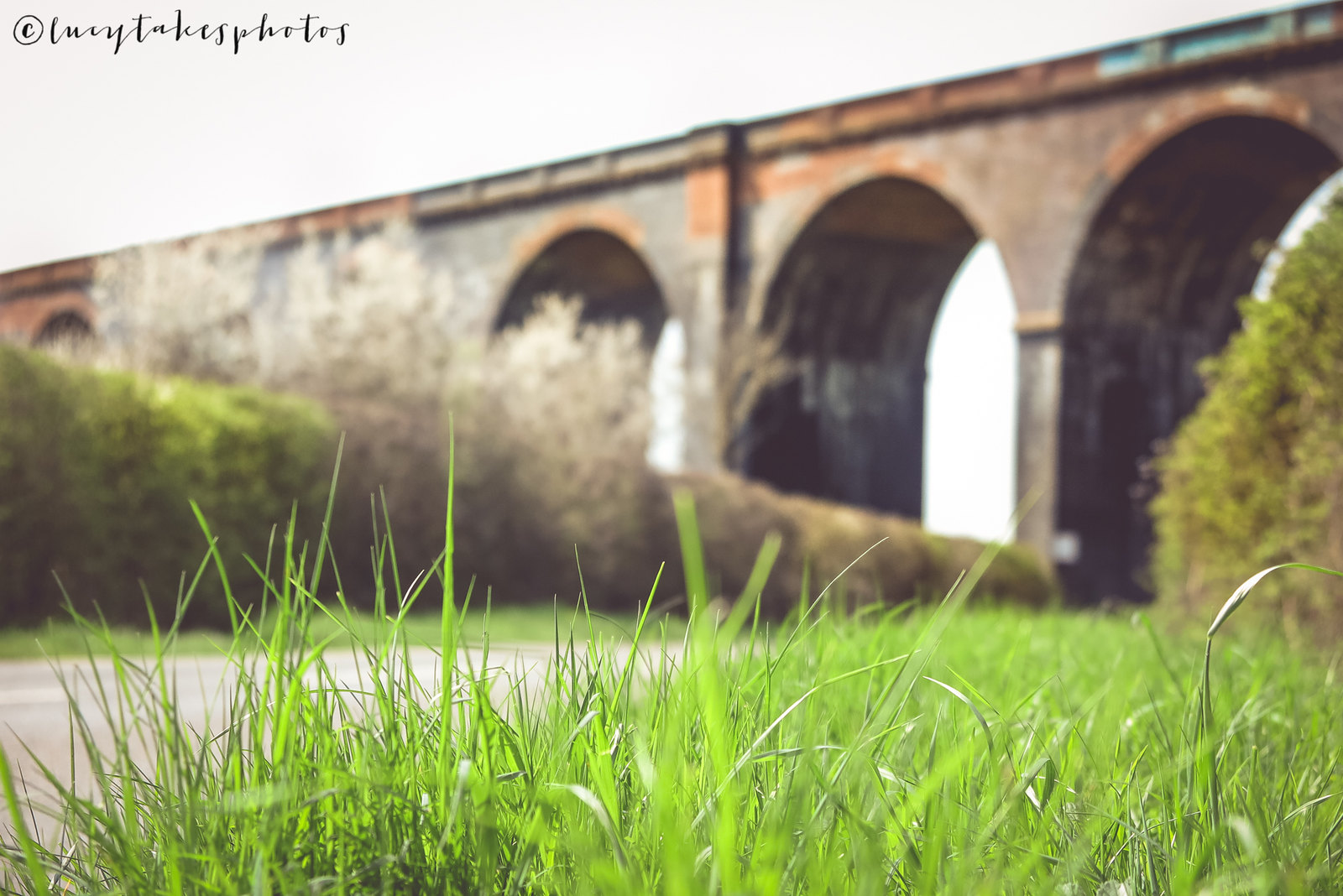 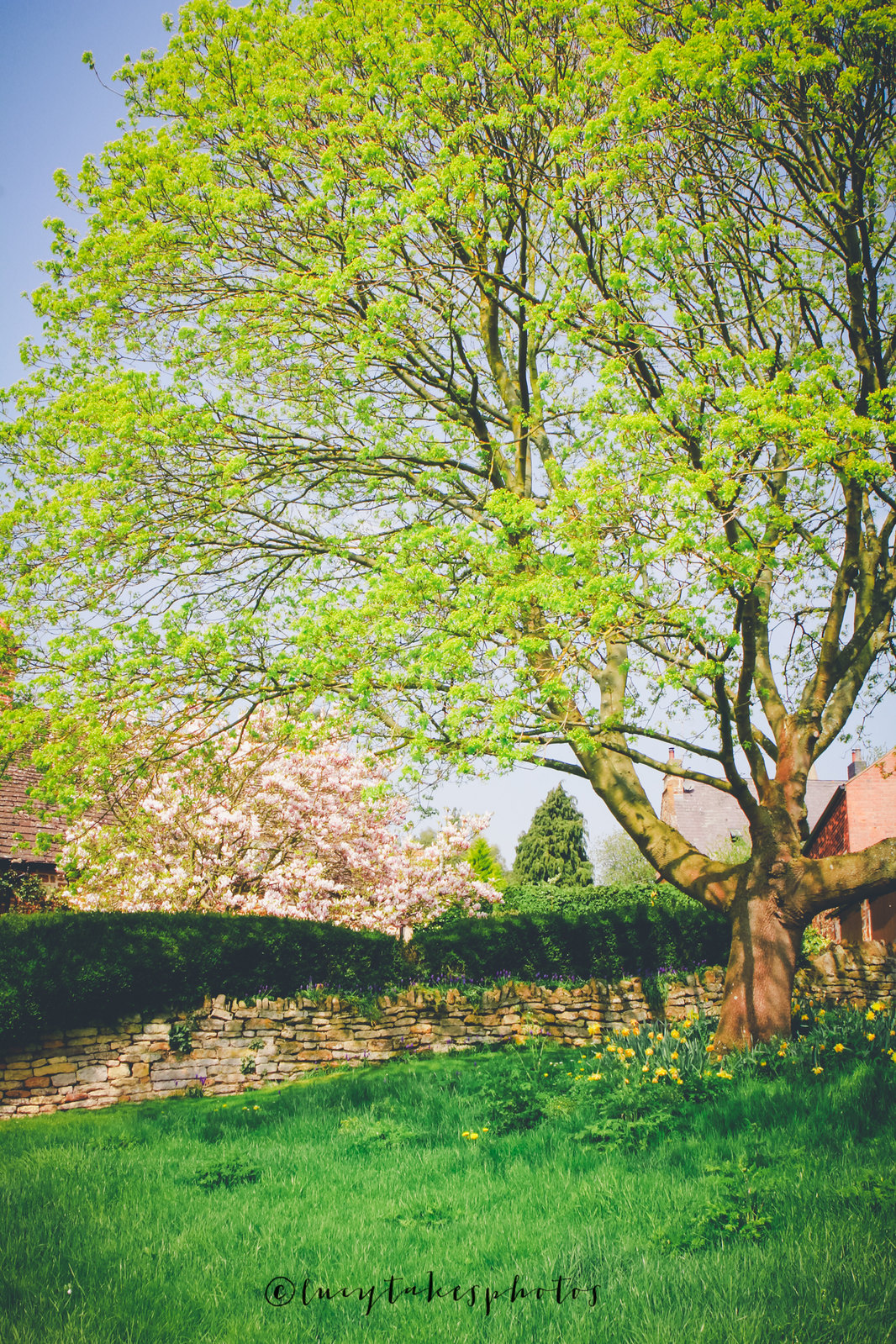 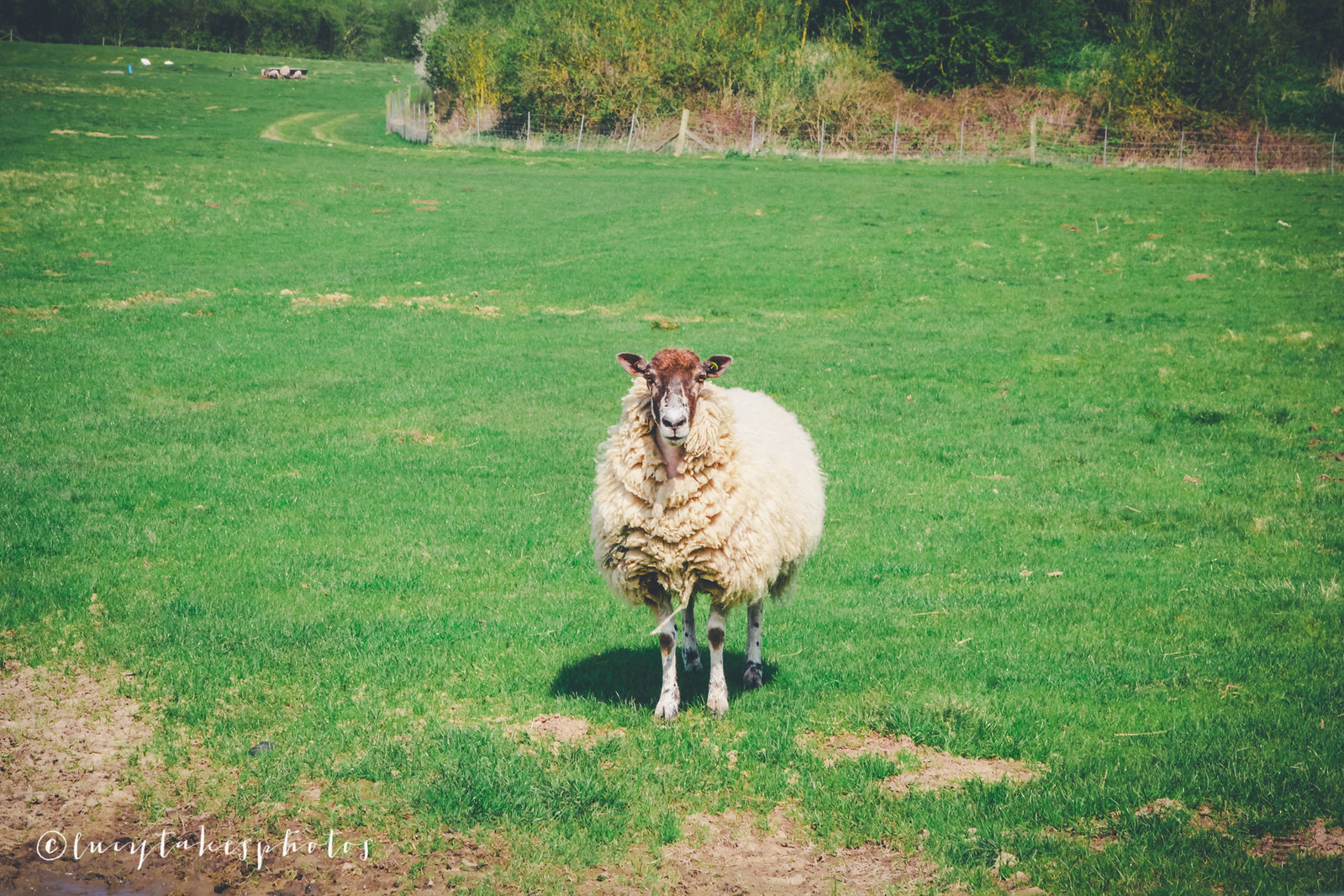 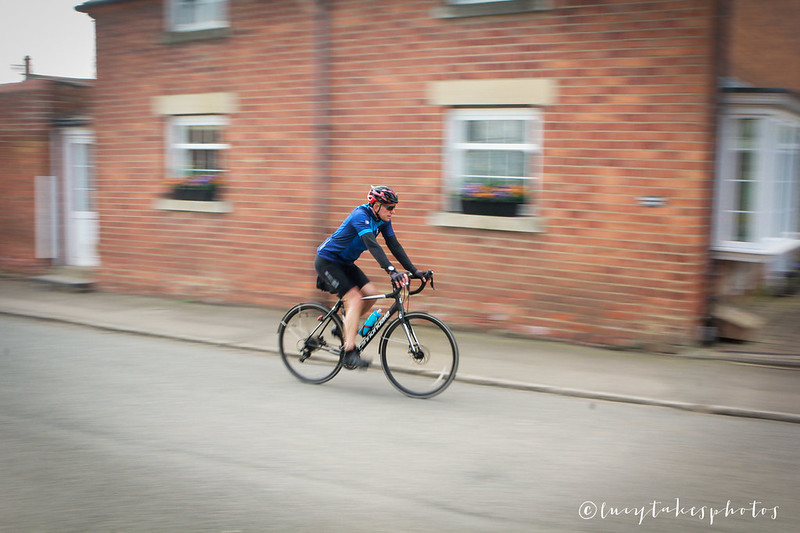 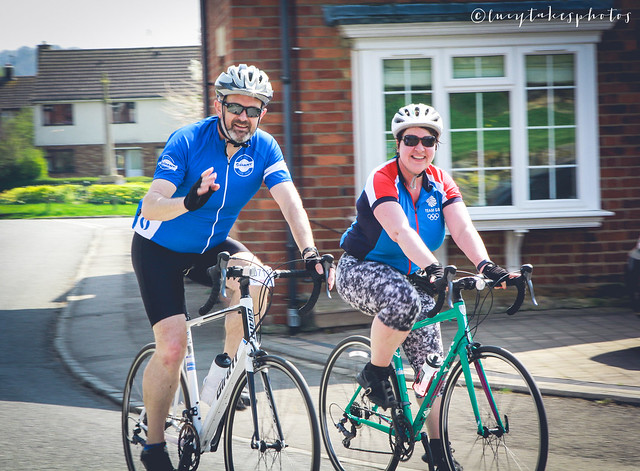 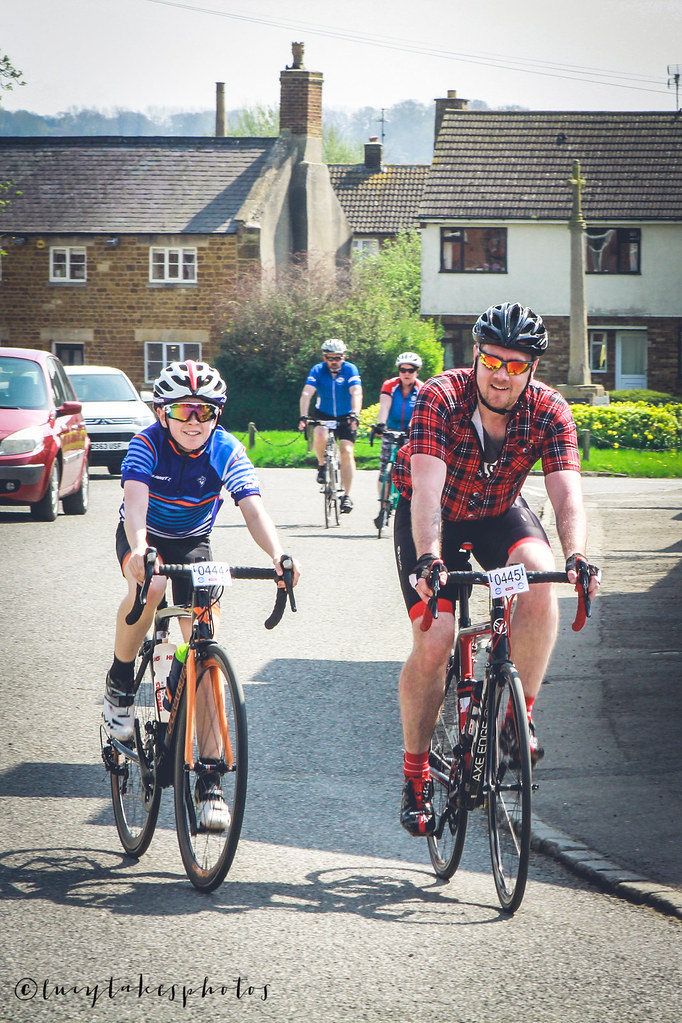 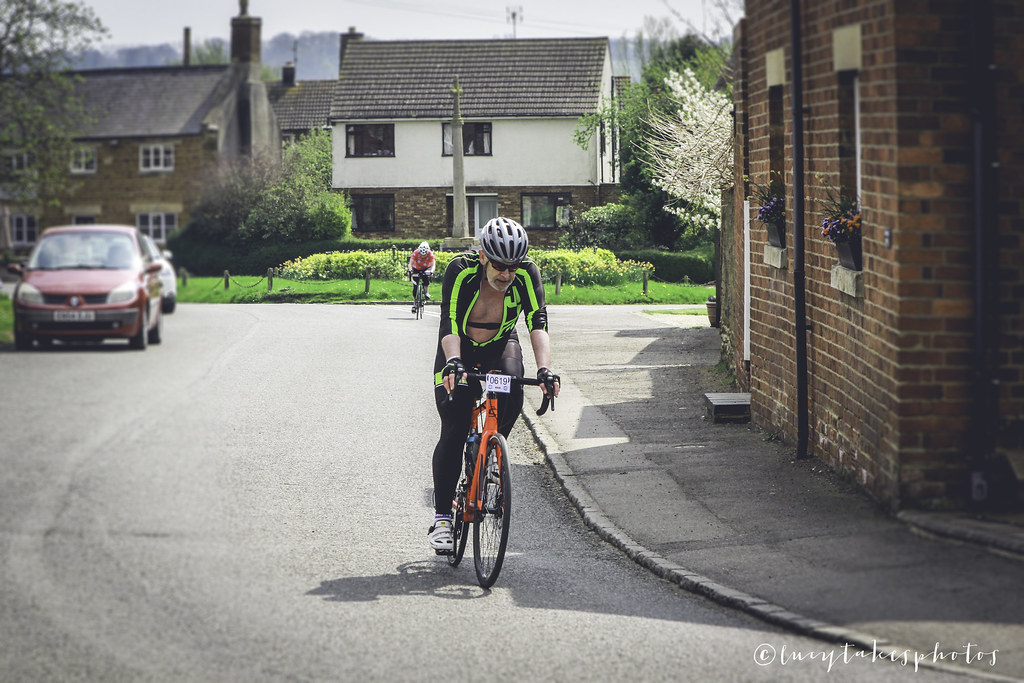 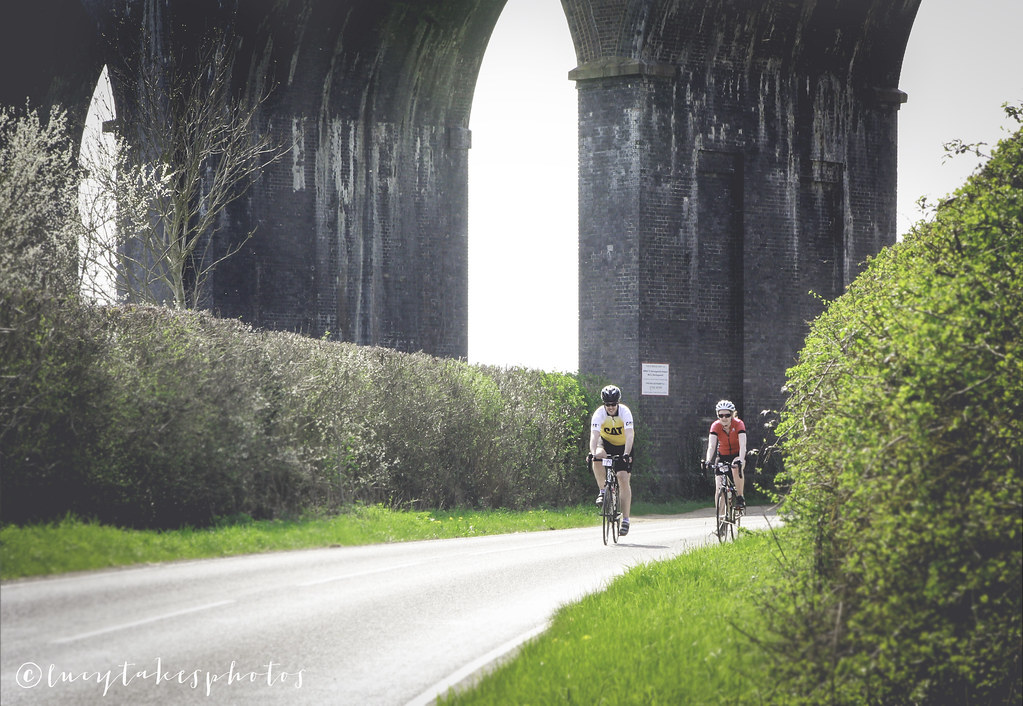 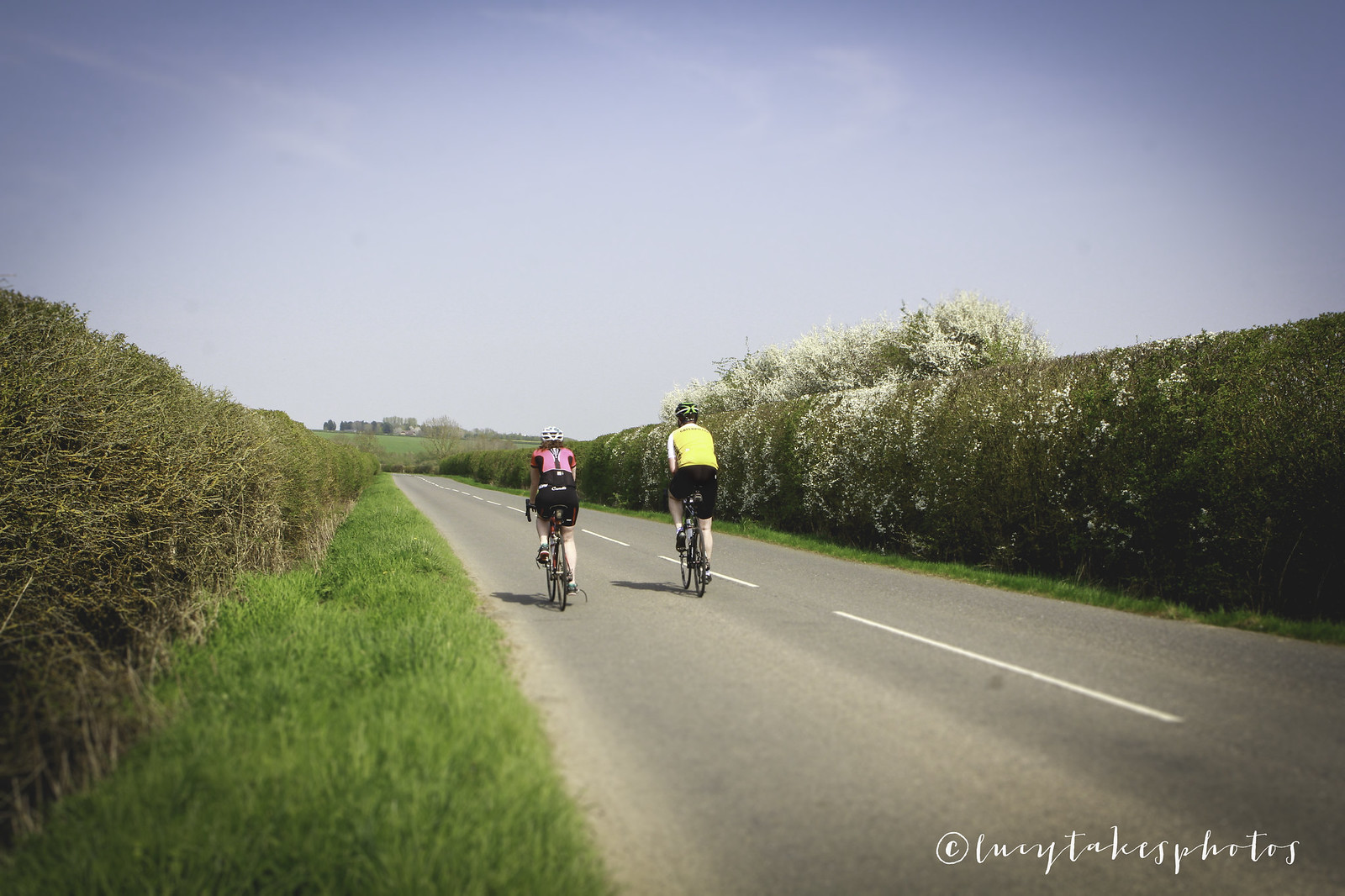 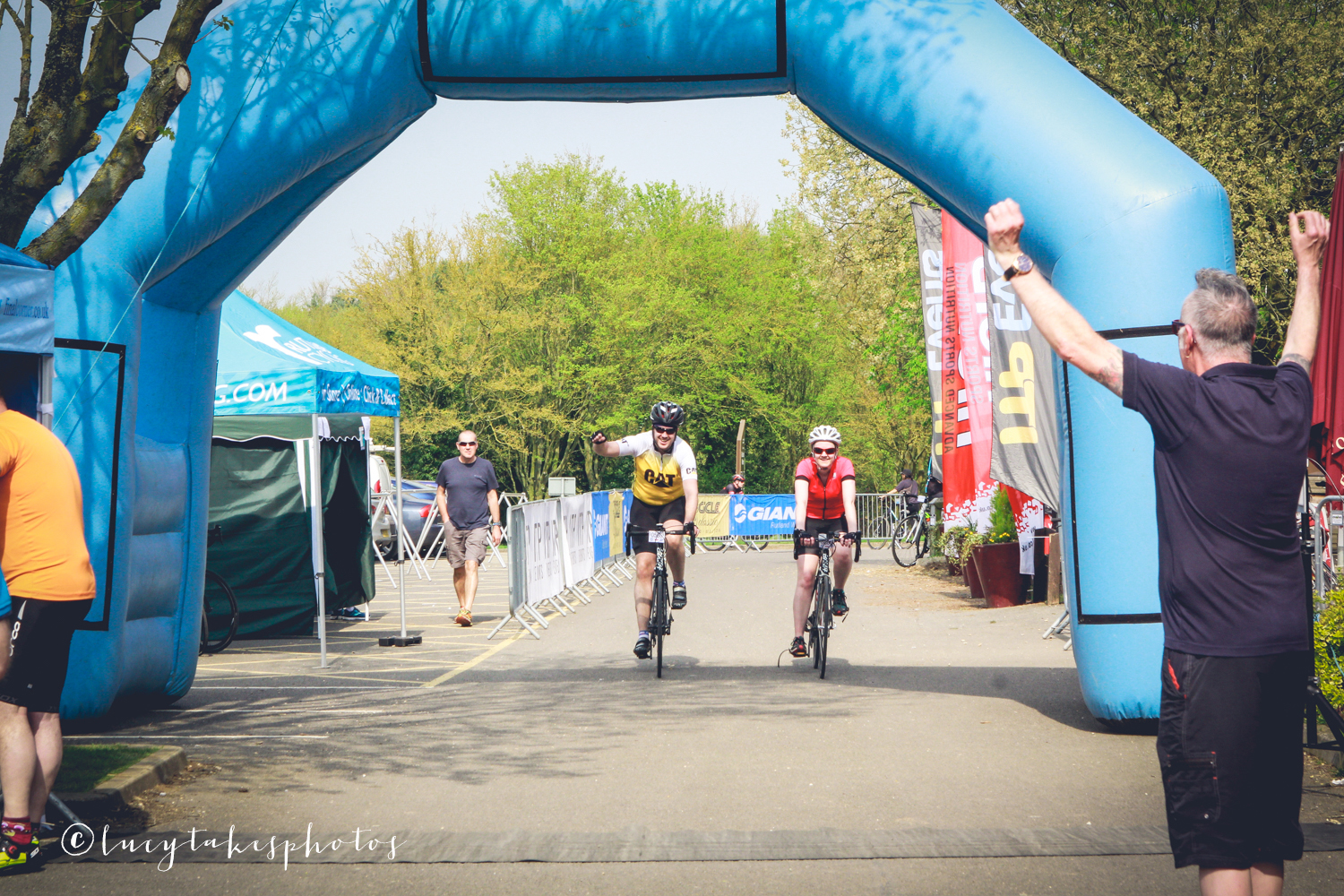 I’m English. I was born in Great Yarmouth *cough*cough* years ago, I’m English and I’m part of this great island that is Great Britain. I’m proud of that fact but despite my allegiance to my home country I’ve never properly celebrated England’s patron Saint day, St George’s day. The Irish have their day of national pride, St Patrick’s day, which is celebrated internationally and I feel sometimes St George’s day is overlooked. When I caught wind that a Fenland market town close by was hosting a festival to mark the occasion I grabbed my camera and went down to have a look.

March high street was closed for the day and the traffic was replaced with plenty of stalls and the hustle and bustle of festival goers from early on in the morning. The festival kicked off with a short, quarter mile parade from the March Fountain at the top of the high street to the market place where the festivities were formally opened by the March town Mayor, Kim French. The parade was packed full of colour and character with the Mayor and the drums and bugles of the 1220 Air Cadet Squadron leading the way who were closely followed by a scooter gang. Amongst the other paraders were a rather awesome looking VW camper, the Bourne Borderers, representatives of the March museum riding vintage bicycles, the ferocious dragon and of course St George himself. Bringing up the rear of the parade with their unique sound of New Orleans jazz were the East Angles Brass Band; a super funky and fantastically groovy way to end the parade!

It seemed the entirety of March was out to celebrate St George or perhaps they were out to enjoy one of the hottest days of the year so far. The sun was out in force all day with highs of 22°C which made it a joy to be outside, the public nudity from some of the men I could have done without!

There were two live music stages, one in the market place and the other just outside Georges. I stuck to the stage by Georges for most of the day in part due to the music and in part due to the aroma from the hog roast Georges had laid on. The Georges stage featured a set from The Expletives (punk rock covers) and a couple of sets each from East Angles Brass Band (New Orleans inspired brass band) and Scooted & Booted (ska covers).  The Expletives went down a treat with the locals who were rocking and singing along, encouraged by the front man who knew how to fire up a crowd. The front man certainly looked the part with his John Lydon style bleached hair spikes. The band were tight, full of energy and nailed the genre perfectly.

As the last distorted chord and cymbal clash rang out from the stage the East Angles Brass Band came into life up behind me. They’d set up in the middle of the road outside Georges and immediately started drawing a crowd around them as they got into the swing of things with their funky, brassy soul. Their set featured some originals penned by the trumpeter in the band and some pop/rock covers that had been given an East Angles Brass Band. The covers included, I Wish (Stevie Wonder), I Believe in a Thing Called Love (The Darkness) and Seven Nation Army (The White Stripes). Check them out on Facebook to find out more and listen to some videos of them in action. East Angles Brass Band

Unfortunately I am just one woman and so I couldn’t see or capture everything this excellent event had to offer but here’s a selection of my favourite things I saw.

I just have to share with you a little sneek peak from this lovely wedding!

The ceremony was held in a beautiful church in Dublin, The Newman University Church, it’s so unusual inside and a really cool place to visit. Afterwards we all walked through Stephens Green and on to The Shelbourne where the staff were so attentive and lovely, this gorgeous hotel is such an established place, deep rooted in Dublin history, I really enjoyed spending the day there.  What can I say about my bride and groom?! these two loved up people welcomed me into their family to share this special moment in their life, the speeches gave me a lump in my throat, the personal touches throughout the day were really lovely and I’m so happy they chose me as their photographer.  🙂

A lake carries you into recesses of feeling otherwise impenetrable..William Wordsworth.

I met Jo after taking some photos of  the wedding band she sings in The Moog69’s, ( they are brilliant check them out!) she came to me looking for new photos for her website and solo church side of things, so we had a chat over a coffee, clicked straight away and started planning. She was very open to ideas and naturally goes with a bit of a rock chick vibe, I like to try to push things a little out of the ordinary but still stay in that comfort zone so it’s not forced and unnatural, so after talking to Jo I knew Jill would be brilliant at bringing all of our ideas together, more coffee… loads of ideas.. we always tend to go waaaaay beyond the brief, get super excited then nail it down to something not too scary! So off we went to Glendalough one morning, it was an awesome day outside in the cold, wandering around the beautiful lake and playing in the trees, it was really fun! and this is what happened…….

I did share a few photos before but I love them so much I had to show you some more, It would be the perfect romantic spot for an engagement shoot or even a family portrait session with the kids splashing by the water.

Thanks to Jill for her styling on the day and to Jo for being so good at standing in cold water!!

I made some pretty sheet music…

Here are some product and lifestyle photos I’ve been shooting for a new coffee shop, a lovely place in Naas, Co Kildare. I really like them! hope you do too 🙂

Check them out on Facebook and go and see for yourself how fab the place is!

Take out your wedding dress and have some fun with it! If its sitting in the wardrobe forgotten and unloved why dont you mix it up with your favourite accessories and hobbies and have a photoshoot that reflects your personality.

They will be pictures to treasure for life!

This shoot with Louise was so much fun, we had a brilliant day on the freezing windy beach….. and oh how we laughed when my car broke down on the way home…..

…..BUT seriously , I believe this is a fantastic thing to do with something that you’re never going to use again, you get your hair and makeup done and get to do whatever you like for the day and have some amazing photos to look back on, you can bring so much personality to this kind of shoot its so easy to customise.

If you go online and look up rock the frock or trash the dress youll see all sorts of examples.

I prefer the name ‘Fearless Bridal’, to me its not about just wrecking the dress and how torn up you can make it look , its about doing things in the dress that you wouldnt on the wedding day, or wearing it a certain way, adding accessories, making it more fashiony or rock chick, or wearing your favourite pink boots! Try it for yourself, you’ll love the results.

Heres some piccies from a lovely small wedding  in Tankardstown House in Slane.

It was a very personalised ceremony read by a close friend of the bride and the lucky things had the whole place to themselves.

The staff there were lovely too, id recommend a visit if you are looking for something similar.

I really enjoyed the day…. thanks to Niamh & Ian for including me in it – shame about the rain! can’t forget we are in Ireland.

Cant find what you’re looking for??

✨Hello February!
Some fabrics I shot recently for Plush Addict are online now, they are really pretty!
Last night I went to see Glasgow band @tomandthebrassholes play at @stamfordarts , super funky!! 🎺🎷
Throwback to hot sunny days!! Pretty reflections of Orton Hall when I was second shooting for Dan Waters. It was a lovely day and the nicest couple.💍